Experts say the EVFTA will have a significant impact on Viet Nam’s economy in the years to come. 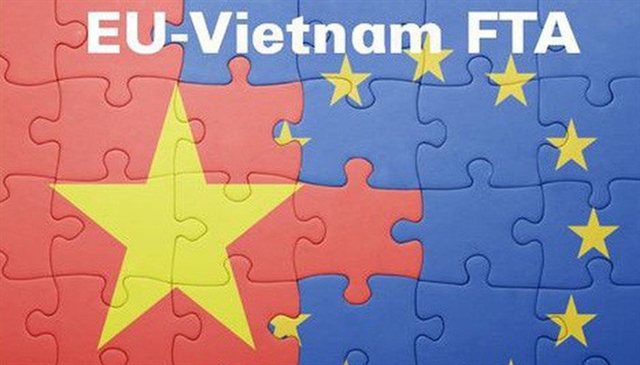 The Comprehensive and Progressive Agreement for Trans-Pacific Partnership (CPTPP) and the EU-Việt Nam FTA (EVFTA) trade deals will have a significant impact on the economy, according to Phạm Bình An, director of the HCM City International Integration Support Centre.

Moreover, the two trade agreements will put pressure on the Government to improve institutional governance as well as the business climate because of requirements included in the FTAs.

As of last year, Việt Nam had 17 FTAs with 60 countries, all of which offer the country a chance to transform its economy.

Ngô Thanh Phong, lecturer at Tiền Giang University, said that FTAs had created opportunities to participate in global supply chains, but Việt Nam must speed up administrative reform and improve its investment environment, especially in the context of increased protectionism internationally.

Between 2021 and 2025, the country’s gross domestic product (GDP) is forecast to rise to 7 per cent on the back of new-generation FTAs, according to the Ministry of Planning and Investment’s National Centre for Socio-Economic Information and Forecast.

Vũ Tiến Lộc, chairman of the Việt Nam Chamber of Commerce and Industry (VCCI), said that Việt Nam’s economic openness was ranked behind Singapore among ASEAN members, but its competitiveness and capacity for integration were still low.

Experts noted that Vietnamese products have advantages in certain markets such as the EU, which has little direct competition with Việt Nam. However, to make the most of their position, local businesses must meet the EVFTA’s requirements on environmental standards, labour relations, product origin, and sustainable development.

At the conference, 20 out of 50 scientific papers received from 22 universities nationwide were chosen by the conference’s Scientific Council to be published in the 2019 yearbook of the HCM City Banking University.

The event, organised by the university in cooperation with the HCM City Youth Science and Technology Development Centre, offered researchers, economic experts and scholars a chance to exchange views on how new-generation FTAs will affect Việt Nam’s economy.