The Franconia-based SME initially dabbled with additive manufacturing in 2011, when it invested in its first powder bed fusion system. While the first six months only yielded around €30,000 in processed orders, Toolcraft’s 3D printer portfolio, now 13 strong, is reportedly better utilized for round-the-clock production.

The latest addition of the EHLA toolhead is expected to serve customers in a wide variety of industries, including aviation, energy, medical, automotive, and even electronics.

EHLA is ILT’s take on high-volume directed energy deposition, or DED. It is offered as a modular toolhead that can be integrated into gantry systems and robotic arms, and takes care of both material deposition and melting simultaneously.

Toolcraft has decided to integrate the technology into a customized hybrid Trumpf TruLaser Cell 3000, which features a build volume of 800 x 600 x 353mm. Described as a ‘jack-of-all-trades’, the Cell 3000 can perform 3D laser cutting and welding, as well as laser-based additive manufacturing.

With the integration of the EHLA head, however, deposition rates were increased from just two meters per minute to several hundred meters per minute. The toolhead also enables layer thicknesses ranging from 0.05mm to several cm, and operates in conjunction with a retractable 3D scanner for measuring and positioning clamped parts.

Dr. Thomas Schopphoven, group leader of Laser Material Deposition at Fraunhofer ILT, explains, “The use of the scanner enables us to do much more. In combination with suitable software, the geometric data recorded by the scanner can be used to automatically plan the tool paths for applying the material with laser material deposition.” 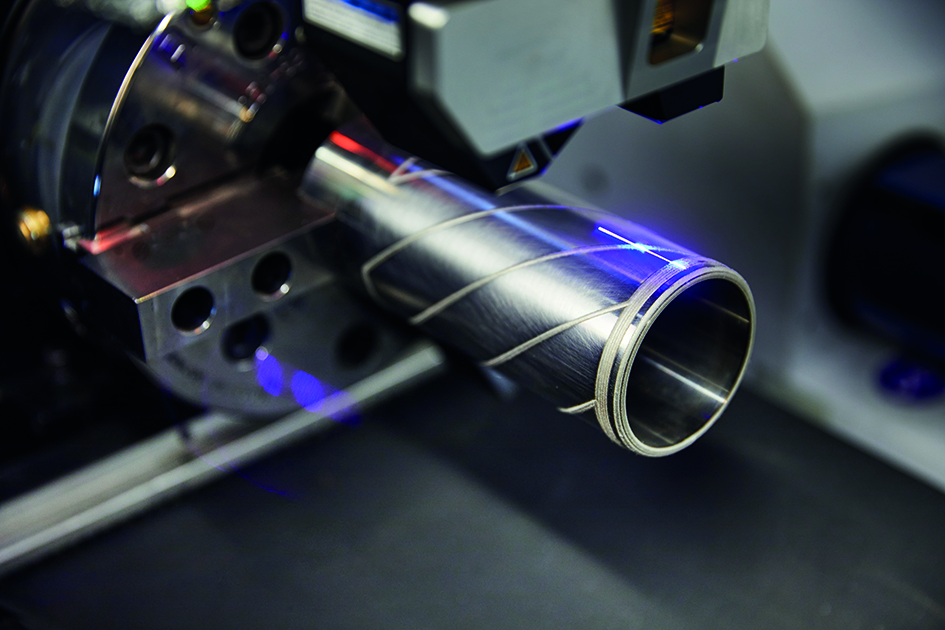 Toolcraft, specifically, has been using EHLA to repair and modify rotationally symmetrical components before coating them with corrosion and wear protection. Metal-bonded hard coatings, in particular, are reportedly in demand as they provide a non-carcinogenic alternative to conventional hard chrome plating.

Beyond just the health-conscious material options, high speed laser deposition is also being heralded for its time and cost-efficiency. An EHLA-fabricated part, much like many 3D printed parts, often requires post-processing to improve its surface quality. While machining and micro-turning are tried and tested methods, Toolcraft’s technical team found that simply running the EHLA nozzle over the surface of the part again, without any extra powder being supplied, was sometimes sufficient in remelting and smoothing over the outer layer.

Speaking of future plans to develop more advanced hybrid manufacturing systems, Christoph Hauck, a member of Toolcraft’s Board of Management, concludes: “At the moment, the marriage of robotics and 3D printing is under discussion.” 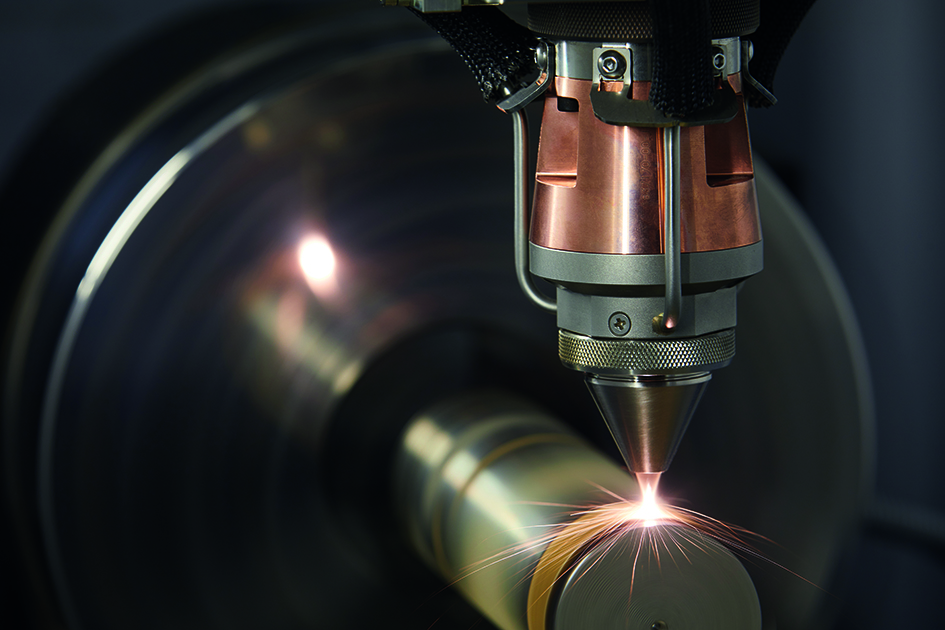 EHLA is not the only additive manufacturing process to be developed by one of Fraunhofer’s institutes. Just last month, researchers from the Fraunhofer Institute of Production Technology (IPT) developed a novel 3D printing process specifically for the production of rotational power transmitters such as drive shafts. Named Express Wire Coil Cladding (EW2C), the method is intended as a more material-efficient alternative to the commonly used subtractive turning process.

Elsewhere, at the Fraunhofer Institute for Ceramic Technologies and Systems (IKTS), researchers developed a Multi Material Jetting (MMJ) system designed to combine multiple materials into a single 3D printed part. The machine is largely based on binder jetting technology, and is compatible with both metals and ceramics.