Việt Nam and Egypt need solutions to increase bilateral trade, especially as each country has advantageous products that can penetrate the other’s market. 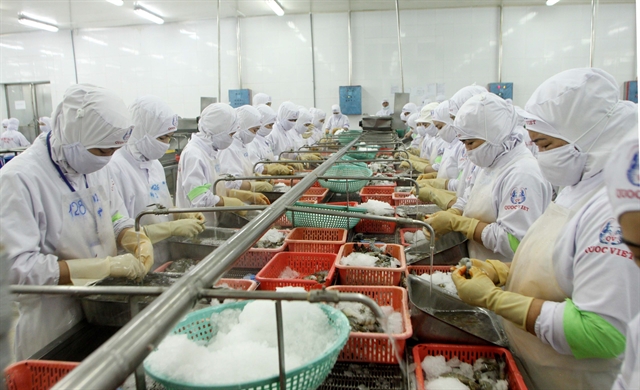 Việt Nam and Egypt need solutions to increase bilateral trade, especially as each country has advantageous products that can penetrate the other’s market.

Head of the Ministry of Industry and Trade (MoIT)’s delegation Trần Thanh Bình made the statement at a conference held by the MoIT and the Egyptian Businessmen Association (EBA) on Monday in Cairo, Egypt.

This conference focused on the business potential and opportunities in the field of commodities and logistics, exchanging information, promoting investment and strengthening trade connectivity between the two countries.

Speaking at the event, Ambassador Trần Thành Công highlighted that bilateral economic cooperation and trade have witnessed encouraging outcomes, but they have yet to match their potential due to the lack of information. In that context, trade and investment promotion will be of great importance, he added.

Sharing the view, Bình said the two-way trade value last year of US$470 million has failed to correctly reflect the potential.

In the first 10 months this year, the trade valued reached $390 million, of which Việt Nam had a trade surplus.

At the conference, businesses of the two countries agreed that the two sides are big markets for each other. However, the trade turnover between the two countries is still low, reaching around $470 million per year.

Businesses of the two countries said the demand of each side is huge and to exploit this potential effectively, each country needs to proactively seek partners, attend seminars and exhibitions, and enhance direct exchange between trading enterprises.

Besides, the two countries also have cooperation potential in developing tourism, oil, gas and banking sectors.

Speaking to a Vietnam News Agency correspondent, EBA CEO Mohamed Youssef held that the two countries should weather challenges and obstacles to bring two-way trade to $1 billion in the future.

It is most important that the business communities of the two countries intensify the contacts for better understanding, thus broadening the scope of their investment and cooperation, he said.

At the conference, queries on Việt Nam’s commodity market were settled and many Egyptian companies expressed their hope of increasing exports to Việt Nam, while the Vietnamese peers raised the idea that the two sides should boost cooperation in the direction of prioritising key products on the basis of mutual benefit.