Vietnamese conglomerate Vingroup said on Tuesday it has entered into a share swap agreement to merge its retail and agriculture arms with Masan Consumer Holdings, to create the country’s biggest retail company. 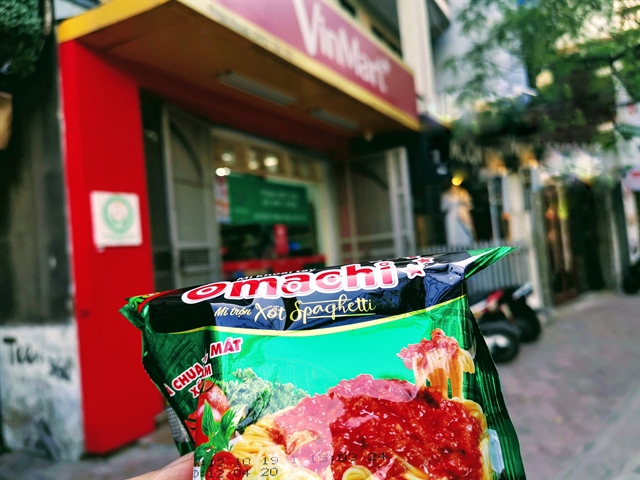 HÀ NỘI — Vietnamese conglomerate Vingroup said on Tuesday it has entered into a share swap agreement to merge its retail and agriculture arms with Masan Consumer Holdings, to create the country’s biggest retail company.

Vingroup said in a statement that VinCommerce JSC of Vingroup (retail), VinEco (agriculture) and Masan Consumer Holdings (consumer goods) will officially merge to create the leading group of retail and consumer goods in Việt Nam.

Vingroup will swap all shares in VinCommerce into shares of the post-merger company. Masan Group will operate the new company, while Vingroup will be a shareholder.

The new company will own a distribution network of 2,600 VinMart and VinMart+ stores in 50 provinces and cities with millions of customers along with a system of 14 high-tech farms of VinEco.

Both sides are moving forward with necessary legal procedures for the signing of the official deal.

“Vingroup has completed its mission to create the pioneering and most effective clean agriculture and retail system in Việt Nam. And now we will carry this flag to continue our mission to serve consumers, while ensuring a fair retail market for Vietnamese manufacturers,” said Chairman of Board of Directors of Masan Consumer Trương Công Thắng.

“The accession of VinCommerce and VinEco not only resonates and enhances the value of Masan’s core competencies, but also helps us to quickly achieve our goal of becoming the leading domestic retail and consumption group, and aim to extend our boundaries to the world.”

Vingroup said the deal will free up its resources to focus on high-tech ventures, including high-profile automative manufacturing start-up VinFast and consumer tech developer VinSmart.

Current suppliers, customers, and employees of VinCommerce and VinEco will continue to enjoy the same enterprise policies and benefits under the new management, plus additional benefits from Masan, the statement said.

Since its inception, VinCommerce has continued to expand its scale by increasing the number of stores as well as the acquisition of supermarket and convenience stores.

In October 2018, VinCommerce acquired all 23 Fivimart supermarkets from their operator, the Nhất Nam Joint Stock Company. In April this year, it also acquired all 87 Shop&Go-branded convenience stores.

Masan Consumer is one of Việt Nam’s largest FMCG companies. It manufactures and distributes a range of food and beverage products, including soya sauce, fish sauce, chili sauce, instant noodles and bottled beverages.